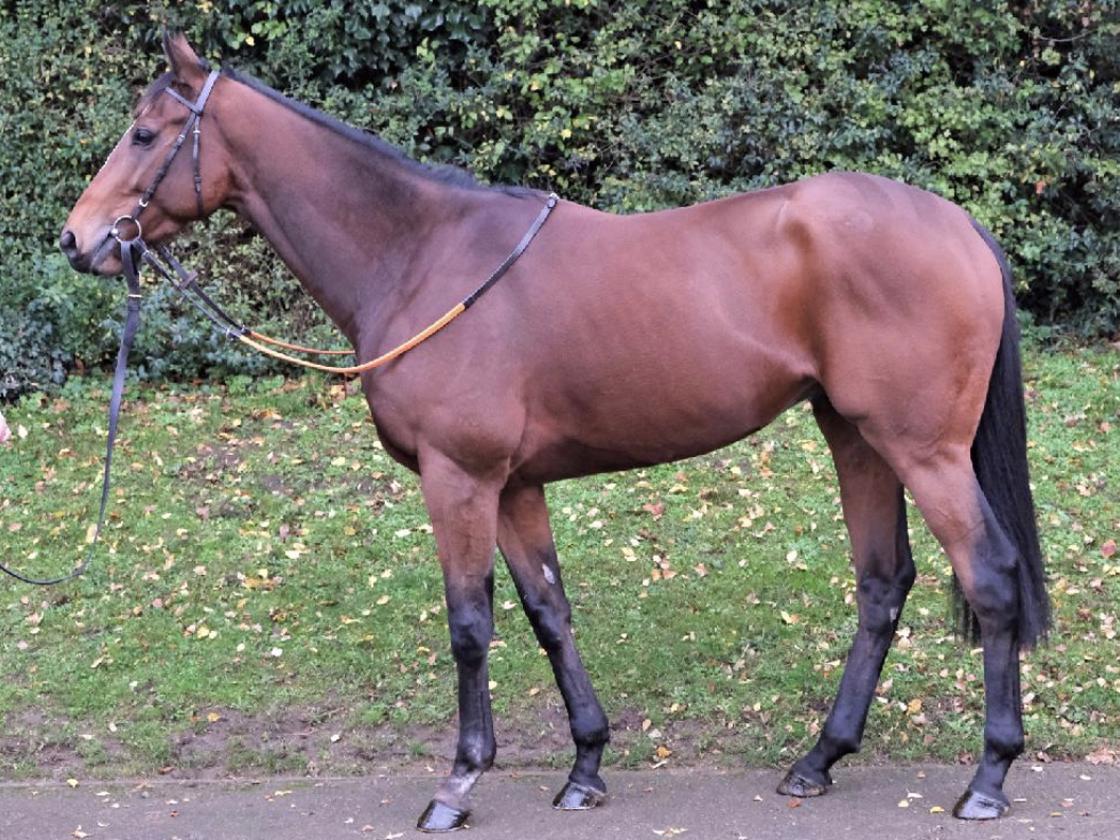 Our Scholar is already a very game winner over 1m6f at Navan and his 3 runs since then have shown promise too, finishing 3rd at Rosscommon and 5th in a warm Curragh handicap after suffering interferance but showing a tough attitude.

Our Scholar has a very exciting pedigree being a half brother to three black type performers, all of which stayed a trip.

Previous trainer Johnny Murtagh was quoted to say: "He is a big shell of a horse whose best days are ahead of him."

It is clear from this horse's form that what he has achieved so far on the flat is a bonus considering his profile, pedigree and size.

He is a big horse standing at 17hh. He has the size from hurdles and should easily have the scope for fences in time.

Our Scholar was given a month out at grass post sale and is currently cantering well, he has already schooled and shown good scope. Anticpated first run early February.