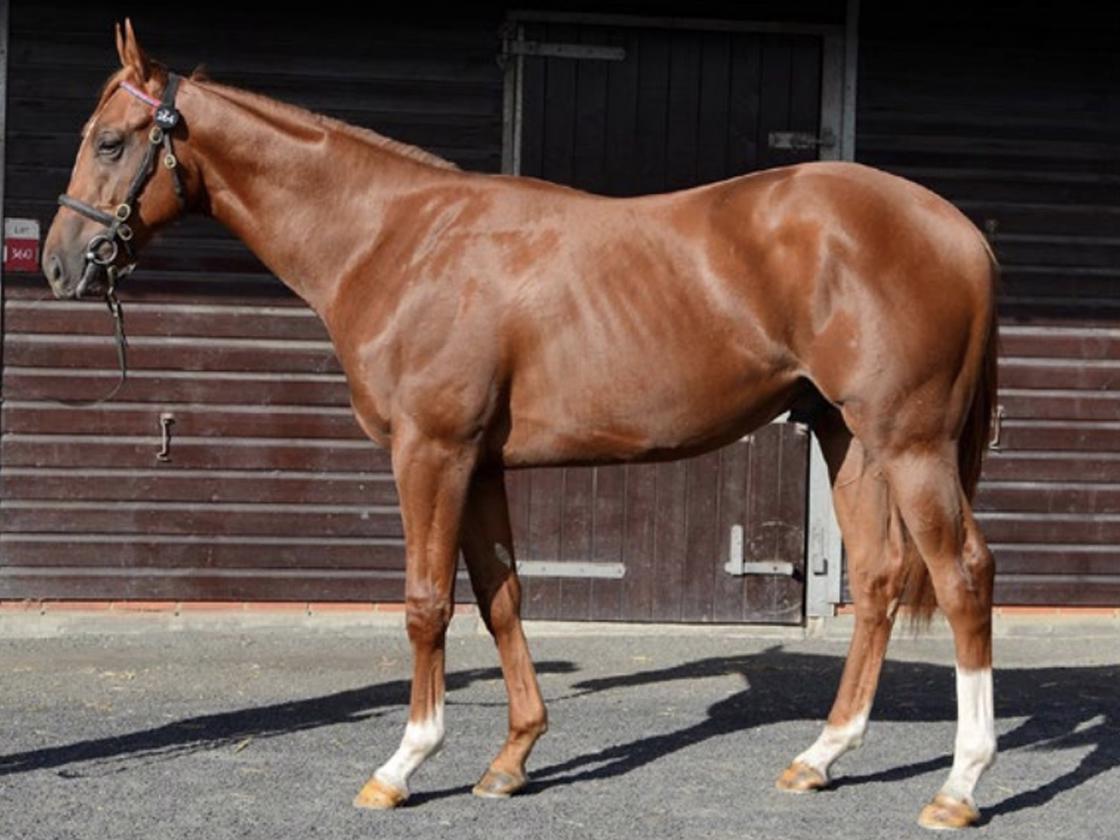 The Clive Cox Syndicate
This colt looks a precocious sort, by the multiple US Graded Stakes winner El Kabeir, a son of the top class and much missed stallion Scat Daddy who shares his sireline with Justify and Caravaggio.

The dam, Sweet Dragon Fly, won twice in the UK and achieved a rating of 87 before being transferred to the US where she gained ‘Black-Type’ in California. She is a daughter of the diminutive but very fast Sweet Cecily, who won the Bosra Sham Stakes (Listed) as a two-year-old. Sweet Dragon Fly’s first foal, Runaholic, is a two-year-old full-brother to our colt and has already finished runner-up in three Novice races and is currently rated 80.

Luke Lillingston commented: “For many years Coolmore’s top sire line was Galileo; now it’s Scat Daddy. El Kabeir is his promising young son whose best progeny include Andrew Balding’s high class pair Masekala and Harrow. This colt looks properly fast, not surprising given his broodmare sires are notable speed influences, Oasis Dream and Kodiac. Our opinion of him was rubber stamped by Clive Cox and I believe he represented very good value at a strong Doncaster yearling sale.”