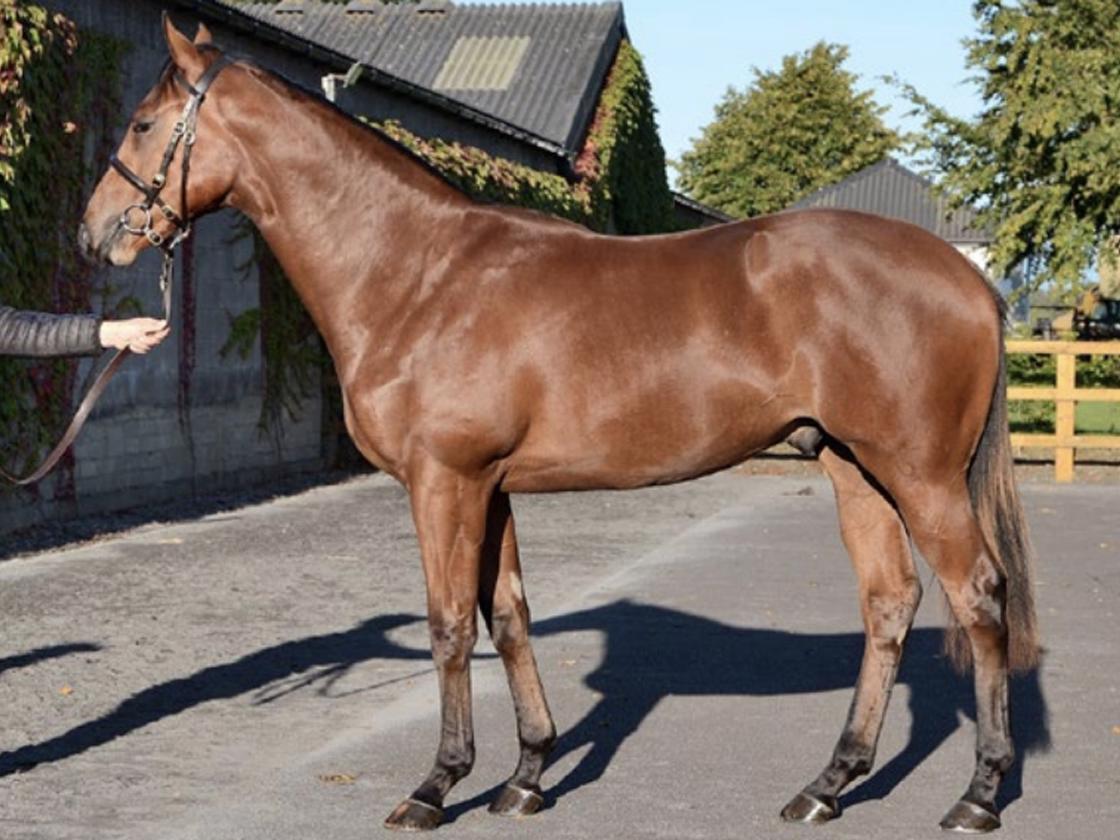 The Andrew Balding Syndicate
We bought this easy moving son of the late Fast Company for €58,000 at the Tattersalls Ireland September Yearling Sale, where we also purchased his paternal half-brother Flashcard. We also bought Sir Busker there too, and this new colt was bred/sold by Sir Busker’s breeder/vendor, John Foley of Ballyvolane Stud. There was a real sense of deja vu when we bought this colt, as we loved him!

This colt is the first foal from the unraced Nathaniel mare, The Singing Hills. Nathaniel is an exceptionally well-bred horse and promising broodmare sire. The Singing Hills is a daughter of the Fred Darling (Group 3) runner-up Glen Rosie, and a half-sister to both the Listedwinning Kings Quay and the Listed-placed Fastback. Other notable horses in this pedigree include The Revenant (a recent QEII winner) and Hazel Lavery.

This colt is eligible for the €300,000 Tattersalls Ireland Super Auction Stakes at the Curragh in September 2023, a race in which Flashcard was second in 2018.

Luke Lillingston commented: “When Sam and I collaborated with the Balding team at Fairyhouse we all agreed this colt had a “must have” sticker on him.We were therefore especially thrilled to secure him, and within budget. This powerful yet free moving colt, is a lovely bay colour by a stallion who is increasingly missed. His family is choc full of high-class winners with every chance he can enhance his own pedigree. He’s the real deal!”