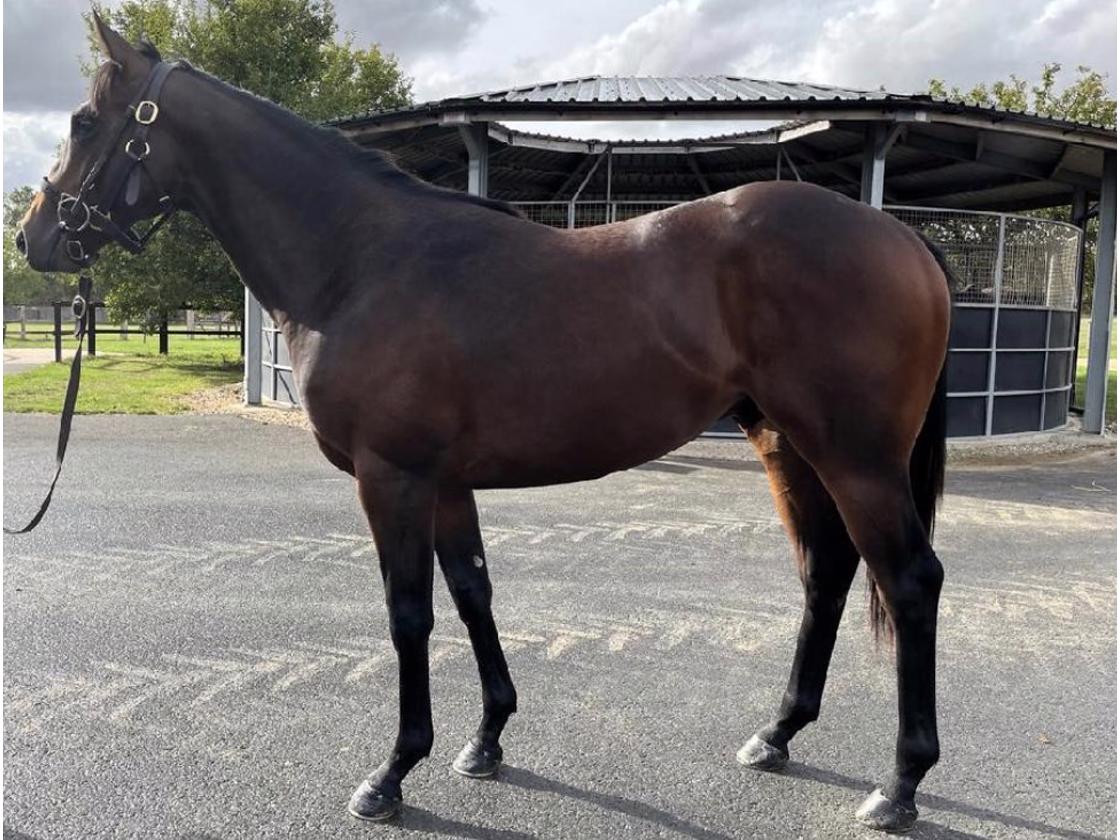 Bought for just 4,000gns from the Tattersalls Somerville Yearling sale, this colt looks exceptional value given the active nature of his pedigree.

This colt is from the first crop by Magna Grecia, whose yearling thus far have realised prices up to £100,000. Magna Grecia himself wasted no time in securing Group 1 status when beating subsequent Irish Guineas winner, Pheonix of Spain, in the Vertem Futurity Trophy on his third racecourse appearance at two. He then went on to win a competitive renewal of the 2,000 Guineas at Newmarket. He is still unexposed as a stallion, but his pedigree suggests he has every opportunity to make it, being a half-brother to Champion two-year-old, Sir Mark’s Basilica, and a son of sire of sires, Invincible Spirit.

The dam, Purple Glow, was a stakes performing two-year-old herself, and she retired to stud with a very respectable official rating of 99. Since then, she has produced five winners from five foals of racing age, including Main Desire, who won in Listed company at two and three. She also has a two-year-old by Churchill who broke his maiden in impressive style earlier this season and looks a progressive type for next year.

“The credit for this well bred colt is totally due to JD Moore. He has an attractive pedigree, being a half-brother to a stakes winner and by a champion miler. Obviously the question will be asked why he cost so little! The reason for this is he is not very big but he will hopefully be an early type. He is a strong, mature January foal and one to kick on with. Surely he will be one of the bargains of the year!” Ed Dunlop